UX/UI Visual Comics About
Flushing, Queens: the app
Mobile app concept and design for the
neighborhood
Summary
Flushing, Queens is a neighborhood within New York City that distinguishes itself for its diverse mix of asian ethnicities and culture.

The mobile app concept intends for natives of Flushing to build lasting connections to their home, as well as enabling new visitors to gain insight into the city’s various nooks and crannies.

The immediate project involved assessing the concept from a previous iteration, researching design necessities and preparing it for development.
Client

Mobile, iOS
Onboarding illustration (left), venue page details (right)
The Problem
Although Flushing has a rich historical significance, as well as being a famous destination spot for its various Asian cuisines, there is a severe lack of documentation of the neighborhood. Longtime residents also feel they are being slowly swept away by increasing rent and gentrification.
We seek to address these issues by enabling residents to leave some sort of mark on their home in a social way, as well as documenting the numerous food and commercial businesses that attract visitors from the five boroughs and beyond.
Research 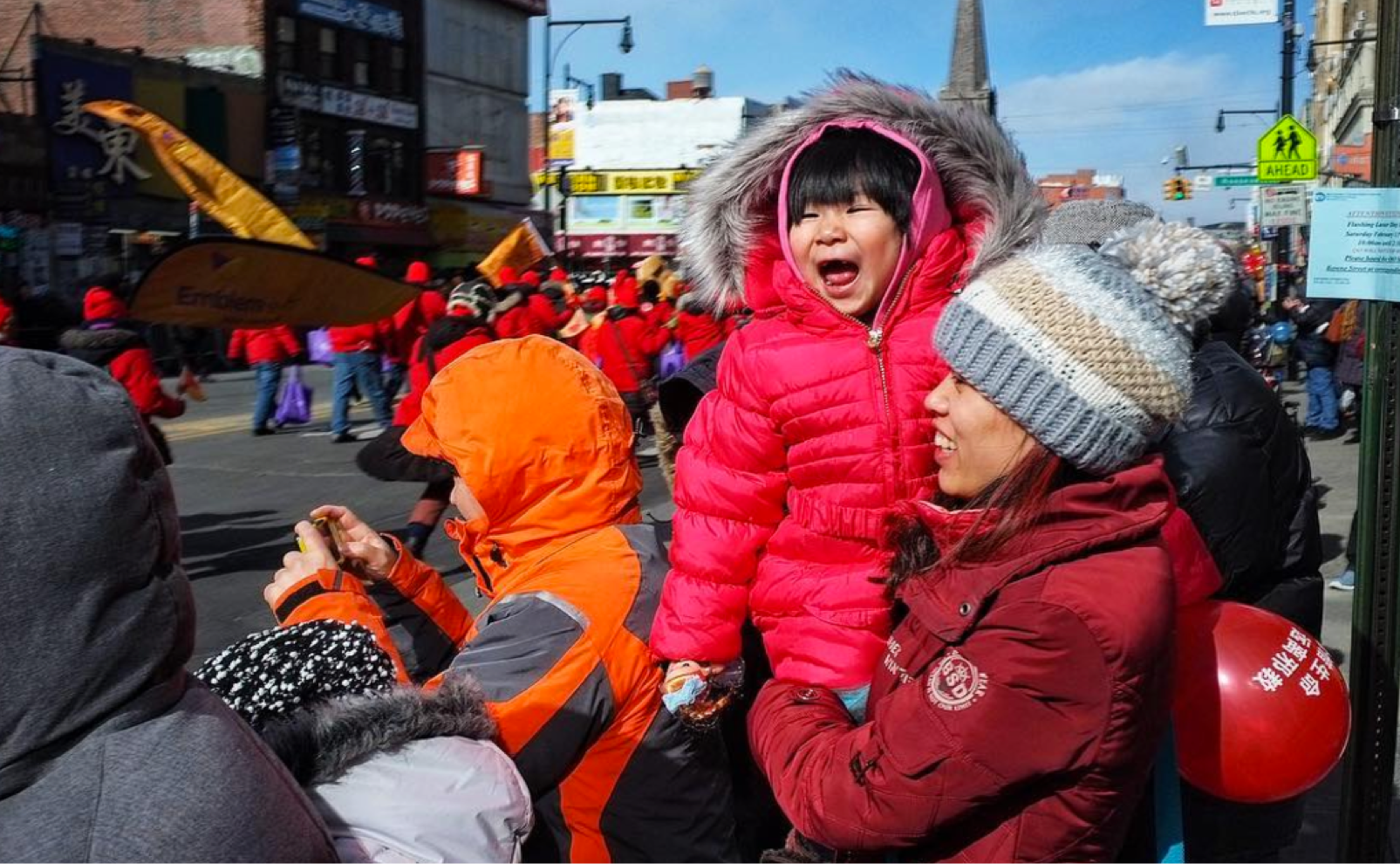 Contextual Research
First, we wanted to achieve a clearer idea of the market behind Flushing and its residents. To achieve that, we spent days in the neighborhood, observing and taking note of its people, restaurants, and culture.
Key findings 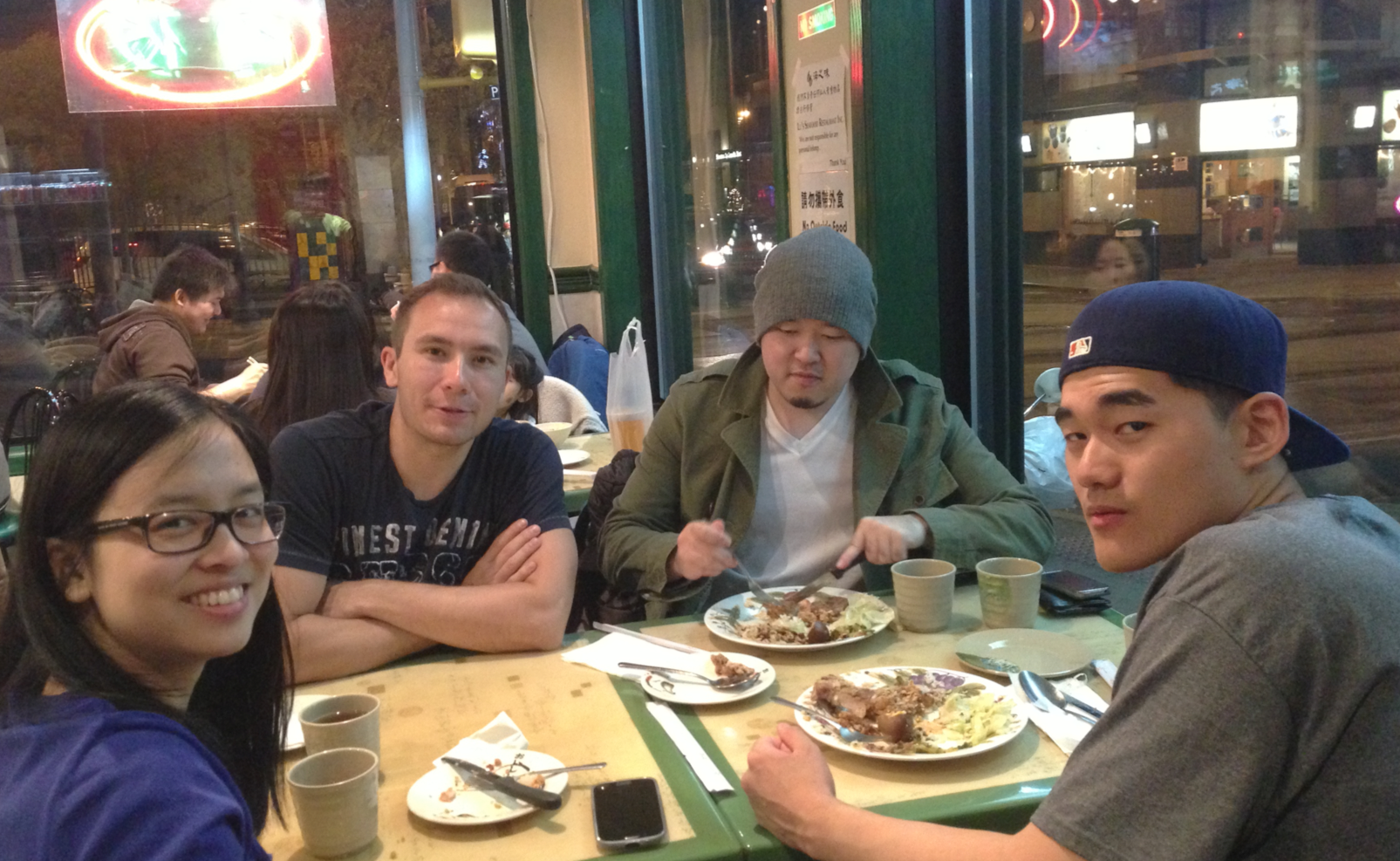 User interviews
Conducted 6 user interviewers; 3 longtime Flushing residents and 3 out-of-towners who wanted to visit. We synthesized findings from the interviews to look for common themes / patterns by utilizing Affinity Mapping.
Key findings
Features
Leave a "Memory"
The concept of leaving a “Memory” is a twist on the regular notion of leaving a “review.” Wording it as a memory intends to tap into the user’s sentimental and nostalgic values, allowing a regular review to transform into a more personal and introspective experience. This also gives longtime residents a platform to share stories that only they would know about.
Possible flow for leaving a "Memory"
Create your own "Place"
This concept intends to work with Google Map’s API of leaving a pin on any specific location within the map’s coordinates, and creating a public “Place”. For example, a user might designate a neighborhood shortcut that only longtime residents might know about. If the “Place” is approved, regular users of the app could share their “memories” of that shortcut as well and cultivate a dialogue.
Possible flow for leaving a "Place"
User Testing
Tasks & findings
Task 1: Look for a place to eat and chill with friends, then leave a memory for the place. Avg. Score (Scale of 1 - 5): 4.5/5
Task 2: Your favorite obscure hangout spot is not located in the list of locations, so you want to be the first to create it. Avg. Score (Scale of 1 - 5): 4/5
One user suggested an expansion of the Memory concept, so that other users from the neighborhood could comment or contribute to the discussion.
In terms of the info for "Venue" page, some users expressed confusion over the "Secrecy" rating, and wanted to know who rates for the "Sanitation Grade".
“Memories seem much more personal, like what I experienced as opposed to just reviewing the place...It's bit of a learning curve but it's definitely cute and fun."
Future steps 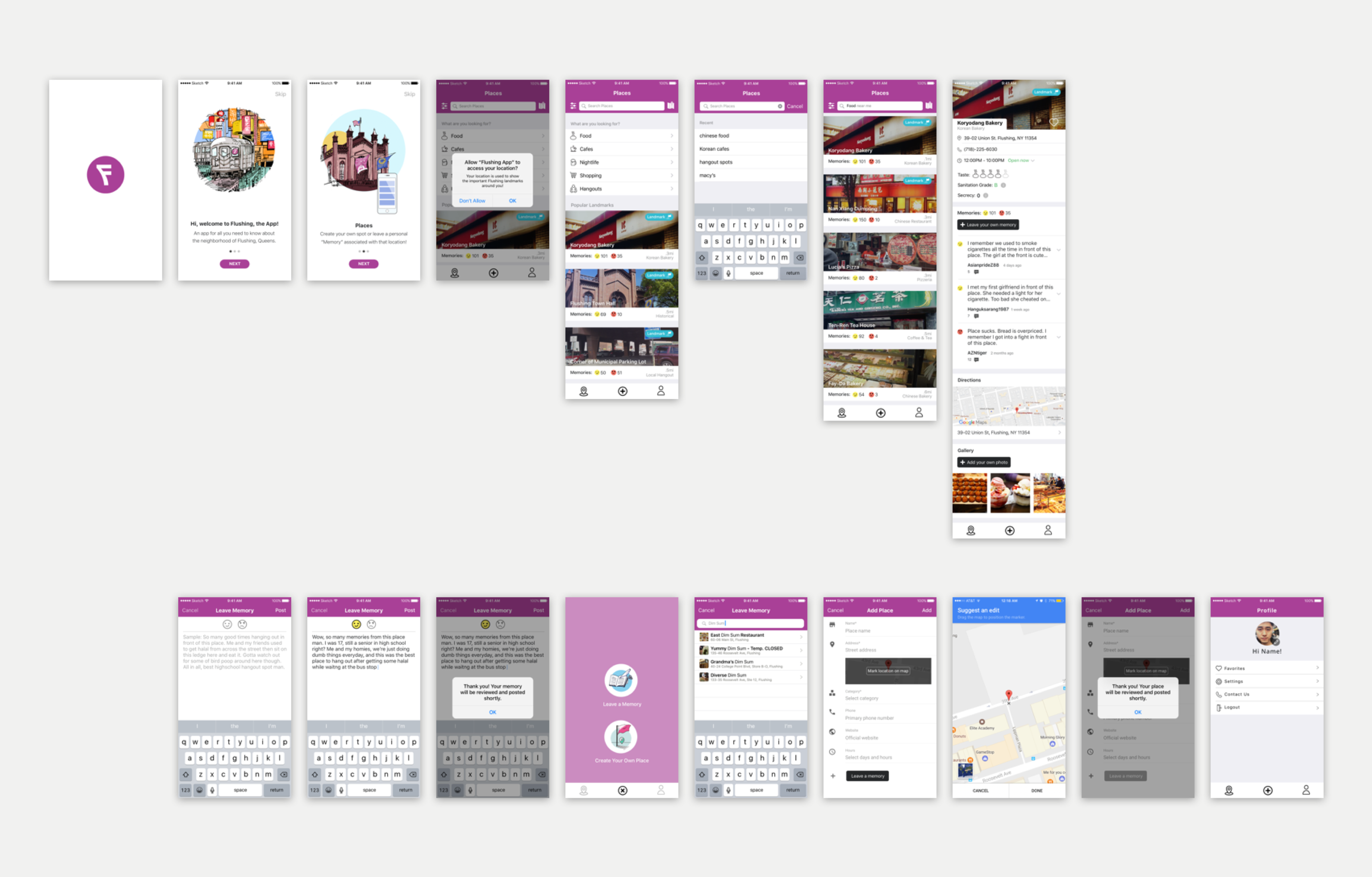 Final mockups screens
With the designs ready, the client and I are discussing and searching for the right developer for this project. Throughout the research and designs, I learned to curtail my illustrations for empty and onboarding screens, develop more effective ways to interview users, as well as sharpen my UX process by being detailed about the different flows and screen states that the app could take.
Next
Betta Bucha
Mobile app design for kombucha locator 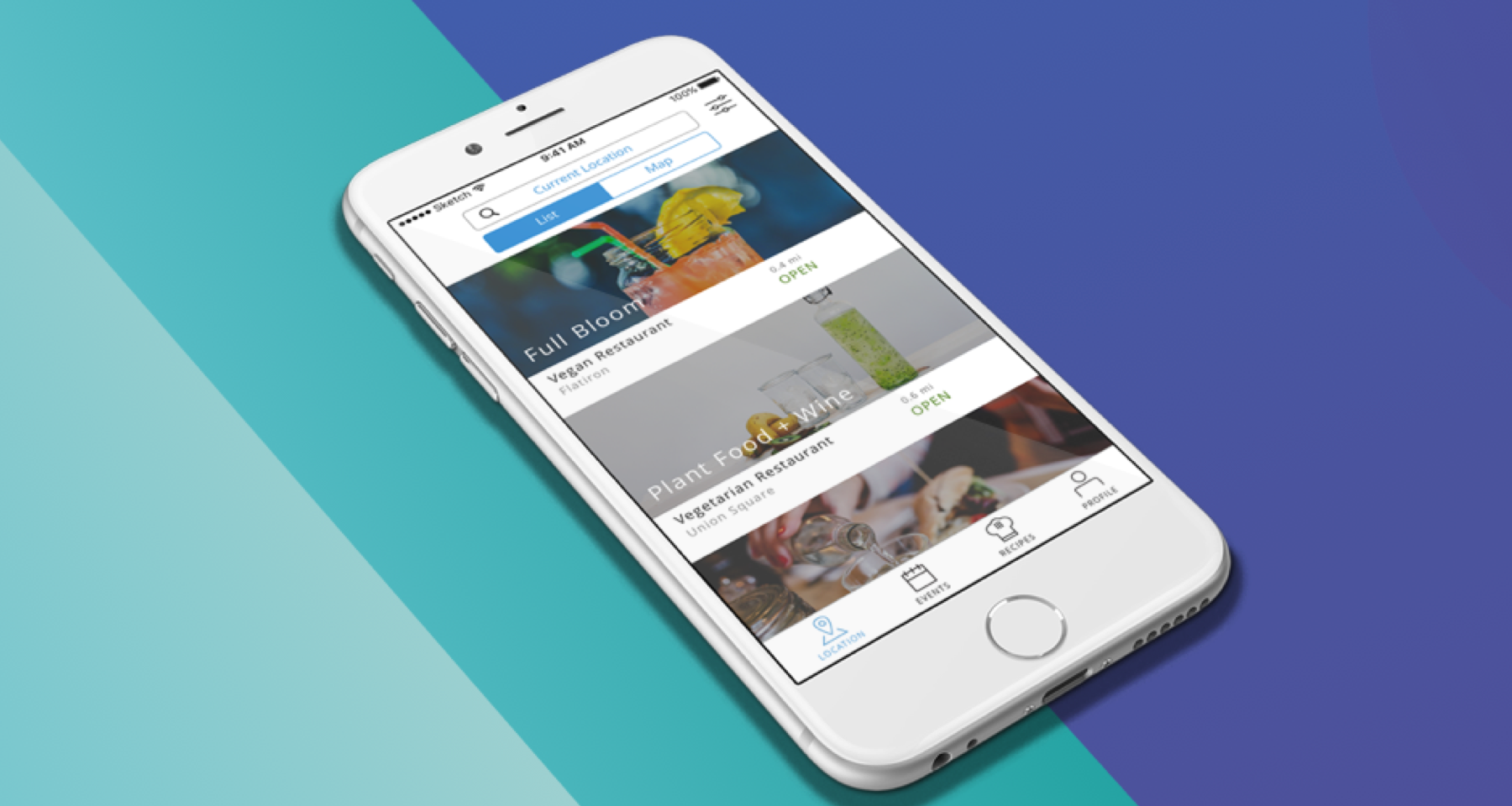